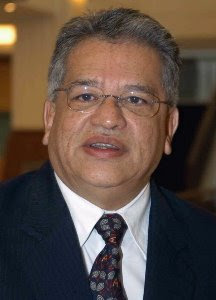 In the world where technology changes at lightning speed, it is understandable that some living fossils find it hard to catch up. What I don’t get is why they have to lash out negatively at those who are using technology in their everyday lives.

Recently, a local Chinese newspaper reported on what one minister had to say about bloggers. As the newspaper was in Mandarin, many of us missed out on this piece of news. Fortunately, a blogger has been kind enough to translate the news for all to read.

What prompted this minister to say something so negative towards bloggers, I do not know, and therefore can’t comment. He seems to have something against women too..hmm…

Read on and see what vibe you get from the article.

(Kuala Lumpur) The Tourism Minsiter Tunku Adnan lashed out today (Mar 8, 2007) that all bloggers on the Internet are liars, out of which 80% are unemployed women.

“All bloggers are liars, they cheat people using all kinds of methods. From my understanding, out of 10,000 unemployed bloggers, 8,000 are women.”

Tengku was addressing the media at the 2007 Malaysia GP Sales when he was asked about allegations made on a blog by a female TV presenter. The guests present were shocked at first, but burst into laughter.

He said he may lose some female voters but did not retract his statement or indicate that he was just joking.

He said that bloggers spread rumours, disrupt social harmony and many bloggers are slanderous and are cheating people with their blogs.

“All bloggers are not in favour of national unity. Our country has been successful because we are very tolerant with each other, if not, there will be civil war, the Malays will kill the Chinese, the Chinese will take revenge and kill the Malays, and the Indian will kill everyone.”

He urged the rakyat not to simply trust bloggers, and gamble our future away because the achievement we gain in the 50 years of independence is not an easy task.

“We have to show the world our positive attitude, if the world learn to be as tolerant as us, the world will be peaceful, without war or civil war.”

He said that the tourism ministry has been promoting the country for the rakyat’s benefit, not just to benefit his own ministry.

He stressed that the Malaysian tourism industry is now in a critical moment as the competition from the neighbouring countries such as Vietnam, Cambodia and the Philippines will be stiffer and Malaysia must respond proactively.

This is one person who is absolutely clueless to the power of internet…and my fellow bloggers…he just called us all liars.

Women of the wireless world, he just said that 80% of us are unemployed. I’d like to tell him that being A MOTHER & A WIFE IS A FULL TIME JOB. Perhaps it’s better to get his wife to e-mail him that.

My Malay, Chinese and Indian friends.. he just said that we are not in favour of unity. That by us blogging, we’ll end up in a blood bath against each other. How then would he explain that I’ve just made friends with Lady G and Niniindi, who are of a whole different race and ethnicity altogether?

Finally he talks about the Malaysian tourism industry being in a critical condition because of competition. I hope he realizes that his statements about bloggers didn’t put rainbows and sunshines over the situation.

Dr. Mahathir causes yet another storm